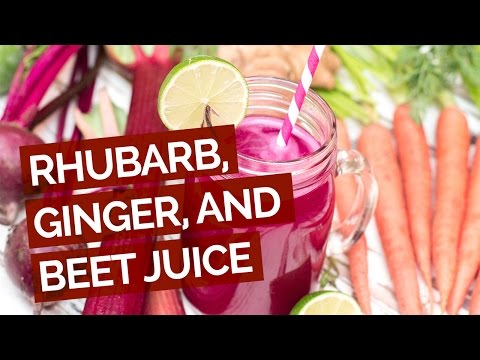 And this actually is sort of, this recipe's for a friend, my friend Meg O'Neill Which I don't know if you know this or not, I used to work for Discovery Channel I was there for about five years And she was my editor, so I worked with her on so many different properties And she had seen the video that I put out on YouTube saying, "Hey, like if you have something that "you wanna eat, that you're craving, "hit me up, tell me what you want

" So she was like, "Give me a fucking juice recipe, dude" So like, here it is Here's a juice recipe Meg, this one is for you So I'm gonna start out with a couple carrots

And by the way, as always, I will put the full recipe in the show notes Now we're gonna add in a couple apple pieces A full apple total Next I'm gonna add in a little bit of lime and a little tiny piece of ginger Now, I wanna say it, this juicer is a masticating juicer, which I really like a lot

I'm gonna add in some red beets, which I love, which are great juiced And then we're gonna cut the rhubarb into like inch pieces, which we're then gonna boil with some water to create the rhubarb juice So now we're gonna add our rhubarb to pot We're gonna boil it, which is what's gonna kinda give the water the flavor Now that we've simmered the rhubarb, by the way, when you do that, it's gonna break down, it's gonna look kinda disgusting, but we're gonna go ahead and strain it out 'cause we only want the liquid

You sort of get this great pink juice left behind So go ahead and add in our rhubarb juice Are you ready for some pretty damn tasty juice? This is a rhubarb, ginger, and beet juice It's a little bit spicy, mostly kinda tart, but it's super refreshing Now get the hell outta my kitchen