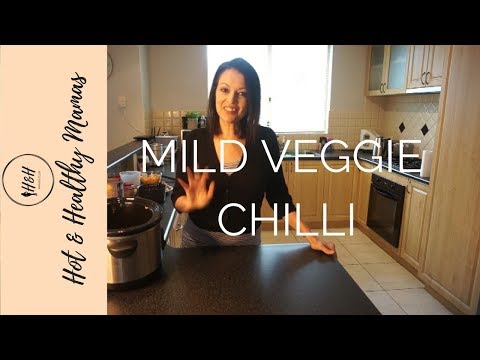 hi lovelies welcome back to another one of my weeknight dinner, easy meals and recipe videos – just trying to show you guys how you can easily put healthy, delicious, yummy food on the table every single night without it being a massive stress on your time, energy, effort all of that stuff so with that in mind I love a one-pot meal it's less cleaning up, it's less effort it's less sort of mucking around and during the weekdays or on a weeknight that's really important to me

What I love even more than a one-pot meal is a slow cooker meal because I can Chuck every single thing into the slow cooker walk away come back and dinner is ready at dinner time and it's super super easy to serve it up and you know get on with life! That evening/ bed time – that whole time is a bit of a chaotic time in our house I love a slow cooker meal and a minute that the temperature drops and it's cool enough that I can get away with it I'm busting out slow cooker every chance that I can get So today I'm going to show you a mild vegetable chili Mexican style really yummy At the end I'll serve it up with some guacamole and some jalapenos maybe some corn chips and hopefully I'll have enough leftovers that I can do like a loaded nachos later in the week as well so yeah, all family favorites! SuperDuper easy and yummy and healthy and let's get into it – okay so first thing – turn slow cooker on

Two reasons for this: one it takes me six seconds literally to do the chopping and two, it's cut up so small that it will disappear into the sauce and my children won't even know that they're there – so I have less arguments about what veggies they're eating and I still know that they're eating them so I think that's just winning all round! You don't have to do that you can have this as chunky as you like this sauce – for me it just works to have them you know really finely chopped so they kind of disappear into the sauce and nobody knows exactly what they're eating Next I've got one red capsicum and about a hundred grams of sliced mushrooms just chopped They'll go in, they'll cook down quite nicely – the kids won't complain about these – well if they do, it's only one thing they're complaining about which will be the mushrooms It won't be everything in the dish! I've got one tin of diced tomatoes chuck it in, two tablespoons of tomato paste – I just get a tomato paste that's 100% tomatoes -just check to make sure you read your ingredient labels and you're not putting any other nasties or anything like that in if you can get away with it okay I have two cups of veggie stock it's gonna go just in over the top, one tin of drained and rinsed black beans so this is gonna be our nice protein and give it that really yummy Mexican feel they go in there, next I've got my spice mix

I make this up in advance just with my spice stock If you've got a good pantry stock of spices, cooking from scratch is really simple, quick and easy So in here I've got 2 teaspoons of ground chili, 1 teaspoon of ground cumin 1 teaspoon of dried oregano leaves, 2 teaspoons of Demerara sugar ( that sugar just gives it a nice sweetness and it balances out the flavors) and a teaspoon of salt -So that's super quick, super easy, you just mix it all up and then chuck it in and that's gonna give you that beautiful Mexican chili flavor It's mild it's not gonna be too overpowering – the kiddies won't complain about it Just give that a little stir around get those spices through and that is going to cook down super nice and in about an hour my kitchen's going to be having that wafting smell of cooking food – which I love! I always (after I put the slow cooker on) love the fact that I feel like someone else is cooking dinner for me – which is always awesome right? so anyway that's gonna go on I'm gonna make some guacamole to serve this with

You could have sour cream if you are not vegan or dairy-free, I like to do a nice guacamole with some tomato and some red onion some jalapenos chopped through there it's it's delicious and nobody complains about the fact that it's dairy-free but even you know you can top it with whatever Mexican style toppings that you like I'll probably serve it with a couple of corn chips on the side – keep it nice and simple tonight and yeah it'll be delicious but I'll come back in about six hours home to show you the end result and how I've served it up! I hope that's given you some good ideas for your weeknight dinners and I have kept it nice and easy if you're not plant-based you or you know, you're not trying a meatless Monday or something like that you want to make this dish – this is a really great base You could just Brown your mince and then chuck that in as well and you've got like a traditional meat based chili or chili con carne or whatever you like to call it and it will be yummy and delicious too Alright thanks guys and I'll see you in there about six hours

okay guys so it's been about six hours and my chili is ready and it smells amazing so I've just served up here in a bowl – some corn chips on the side and last but not least I'll top off with this beautiful guacamole and that's it dinner is done! so yeah if you give it a try, please let me know how you go in the comments!