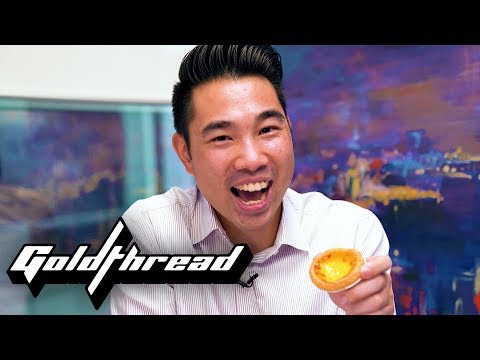 I love egg tarts Yes you do

Wait, egg tarts Actually, in my opinion KFC's egg tarts are not so bad But there are many versions of this treat and stories about its origins In fact the story is that KFC got their egg tart recipe from Macau, home to the two bakeries that first brought Portuguese egg tarts to China What? Why? Lord Stow, aka Andrew Stow, and Ms

Margaret used to be married Andrew passed away in 2006, so here’s the story from Eileen, Andrew's sister: After the divorce, Margaret opened up her own store And she brought with her Lord Stow’s recipe The couples’ egg tart was so popular that KFC in China asked Margaret if they could buy the recipe Ah

Let us know what you'd like to see next