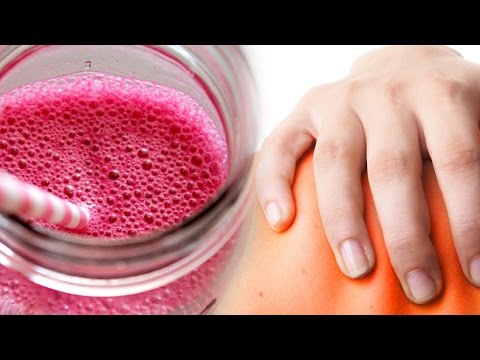 I think the biggest noticeable sign of it is chronic fatigue You just don’t feel motivated to do much at all Sometimes hurts to be touched right? So Kathy has written in and she’s trying a bunch of different stuff Some of it has worked, some of it hasn’t Acupuncture, acupressure, cognitive enhancement therapy, emotional therapy techniques

She’s tested a lot of stuff right? The biggest thing that’s worked for her, number one has been sleep So if you’re dealing with fibromyalgia I wanna encourage you to get more peaceful rest Secondly, you wanna make sure you’re moving You don’t have to do anything really intense especially if you’re dealing with fibromyalgia right? Wanna consult with your doctor obviously but you want at least some form of movement because that’s gonna stimulate your mitochondria And on a really base level mitochondria production is huge with a lot of these autoimmune conditions

Now lastly we wanna populate good gut flora We want those positive probiotics, prebiotics to feed that good bacteria in your body Your gut bacteria is responsible for 80% of your body’s immune system 90% of the serotonin comes from your gut so a lot of people that have depression like symptoms, they’re feeling sad during the day when they’re bouting with this fibromyalgia stuff it’s because of the gut health and it’s far too common for people that take NSAIDS or pain relievers or other things that can actually disrupt that gut biome and throw your body even more out of alignment So number one, was sleep

You wanna make sure you’re getting restful sleep and every night that you do, I want you to write it down and how you feel the next day And if the symptoms are starting to go away you’re starting to feel better Number two is actually moving even if it’s late Five minutes a day at first you’re gonna build up that motivation and momentum to stimulate that mitochondria and give your body the natural process of energy that you deserve Number three is to get that good gut bacteria flourishing

So we want probiotics and we want prebiotics We have 12 other things on our blog today that you can go to right now and actually check out that will be really, really helpful for you I wanted to make a juice recipe as well, something that’s really great for our gut It has tons of nutrients, micronutrients, aminos, enzymes, phytochemicals that gonna help stimulate your mitochondria Help you rebuild that positive gut flora so you start to feel better and you actually wanna move

It’s not about forcing yourself to move, it’s about having those natural energy reserves to just become a natural extension of your identity You are movement and we can do that by changing up our nutrition right? Getting enough water, getting enough sleep, moving and stimulating the gut flora So what’s this recipe? Well I’m gonna make a lot because I’ve been in the zone of drinking 48 ounces of green juice a day from home Luckily I’ve been fortunate enough to be home for the past couple of weeks and I’ve been making my own juice every single day Now if I was travelling one of my resort to key items that I take with me is Organifi green juice

This actually has Ashwagandha in it so people that are experiencing brain fog or fibro fog, whatever it is, Ashwagandha is the only thing on the planet that helps stimulate neurogenesis and neurogenesis as you probably already know is the formation of new brain cells which is pretty cool and there’s turmeric in here I don’t know what turmeric isn’t good for, I know it’s amazing for just about everything so I love it Taste amazing! You can get this, I’ll leave a link below as well And then probiotics I take with me too These are the probiotics that I take from biotic balance, absolutely amazing and these are what we’ve created at FitLife TV as well so in a way I’m kind a sponsored by it

We created it and I have to say that as a disclaimer so but try them out! Let me know what you think I wanna hear from you and how they’re impacting your life I’m not just here to sell you stuff, I actually care and I wanna know what’s going on with you So let’s make this juice recipe shall we? Okay so I’m getting the juice ready I got a half a head of purple cabbage

This is loaded with vitamin U and vitamin U is great for your gut It’s great for helping people ulcers, it’s a natural prebiotic So we have four collard green leafs, two limes and the reason I chose limes today instead of lemon is that limes are more cooling Lemons are a little bit heating And then we have alfalfa sprouts

I love me some sprouts and then we have about a quarter of jalapeno and If you want it not to be so hot you wanna get rid of the seeds in this thing because this, if you could smell this with me here this is so, so spicy We have one cucumber loaded with silica great for anti-aging, great for mitochondria production and it’s a great base for our juice as well We have four stalks of celery, this is great for your gut and I’m gonna put a whole green apple in this and this is great for fibro fog or brain fog in general I have this for a while as you can tell Will put a teaspoon of that in my juice as well and we’re gonna make it so come on in

Let’s make a juice, this is our fibromyalgia autoimmunity juice recipe Alright my friend so here it is, hmm, that’s actually delicious You’re gonna love this juice Alright so at that time, who won the juicer? Remember next week if you wanna win the juicer scroll down to the bottom of this blog post Leave a comment below about how your life is changed by implementing some of the strategies and tips that we talked about on FitLife TV

Today’s juicer winner is Kim Ellis! Kim has been using a blender to make smoothies Let’s take those drinks up a notch Use this Kuving’s juicer to extract on micronutrients from an enormous amount of veggies More veggies than you could ever eat or even drink in a smoothie Keep this up for at least a week and you’ll notice a huge difference

Congratulations Kim! As always thank you so much for watching Do us a favor, forward this to a friend that may be dealing with this or somebody that you care about It’s all we need Leave a comment on this video as well coz we give away a juicer every single week Our sponsor Kuving’s, actually the juicer that I used today is absolutely amazing