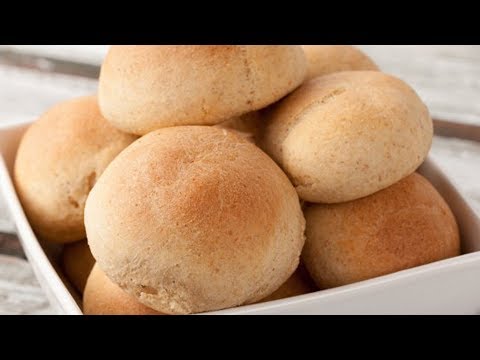 Slow cookers can be total life-savers for busy people, but you could definitely be using your slow cooker for more things than you are right now There are tons of things that work really well in a slow cooker, that you may never have considered before

Here are the things you should be using your slow cooker for that'll have you in food heaven "Mmm" Party mixes Believe it or not, party mixes are actually a great thing to make in your slow cooker It heats everything at a low enough temperature so that you don't have to worry about burning, but still makes sure that every single piece is coated with whatever delicious saucy seasonings you've added to the mix Bonus: it frees up your oven, so if you're throwing a party, there's no need to stress about the timing of everything Baked goods Wait, what? Baked goods kind of have to be, well, baked, right? Actually, there are plenty of baked goods that work super-well in the slow cooker

Things like puddings, crumbles, bread pudding, and the like all can be made in your slow cooker, along with some less obvious things like cakes and brownies And if you really like that crusty outside on your baked goods, cooking them for a bit without the lid ensures that you're not left with a soggy mess at the end Get ready to tote out your slow cooker every time you bake brownies Oatmeal If you're not already cooking oatmeal in your slow cooker, you will be soon It's as easy as adding all the ingredients and turning it on

You can do a bare-bones, simple recipe with just oats and water, or you can gloss it up a bit with fruit and spices like cinnamon and ginger Even better, you can cook oatmeal overnight, meaning there will be a warm, comforting, delicious breakfast ready and waiting for you when you wake up in the morning Stock Stock is the perfect food to try making in the slow cooker rather than on the stove To get a good, rich stock, you really need to let it go for quite a while That's where the slow cooker comes in

You can add all your ingredients, then simmer it overnight to make sure that it's rich and flavorful "Great soup Mrs Q Mmmmm" Dessert sauces Like stock, dessert sauces are pretty much the perfect things to make in your slow cooker

These sauces are made for low temperature and gradual cooking They're susceptible to burning or scalding if made on the stove, when you don't have as much control over the temperature In particular, slow cooker dulce de leche is as easy as it gets All it requires is an unopened can of sweetened condensed milk and enough water to cover it Cook that for eight hours and it's ready

After you make the most delicious dessert sauces ever, drizzle them over desserts or pour a shot into your coffee "It's like Christmas in a cup" Bread While any bread you make in a slow cooker likely won't be as impressive as the loaves that come out of your oven, this is still a great option if you want to bake bread while you're out of the house all day The slow cooker operates more like a bread machine, so if you like bread machine-made bread, you'll be leaping for the loaves that come out of your slow cooker "Oh my god this is so good I haven't had bread since I was like 9

" "Are you serious?" "How do you think I got these abs?" Cheesecake Sure, making a cheesecake in a slow cooker will take longer than you're used to, but it's also easier and hassle free The texture of cheesecakes made in a slow cooker is also much smoother and silkier than a traditional cheesecake because it's steamed Once it's done, all you'll need to add is fresh fruit, a sauce, or another garnish or make it even easier on yourself and eat it as-is Now that's finger-licking good Candy Candy is super-simple to make in a slow cooker, though it may not seem like it would be

Mix nuts or seeds and whatever kinds of chocolate you'd like to in the slow cooker Let it all blend and stir in any additional mix-ins The options for mix-ins are endless, from pretzels to Oreos Let your candy mixture set on a baking tray or in muffin liners and bam! You've made candy "Bam" Enchiladas or lasagna Enchiladas and lasagna can both be difficult recipes to get on the table, especially on a busy weeknight

"You don't like my lasagna? No it's good! Hmm hmm" Making them in a slow cooker, however, makes these challenging dishes a snap to prepare any night of the week Lasagna is great to make in the slow cooker because you don't even have to pre-boil the noodles All you have to do is layer everything in your slow cooker, set it and forget it "I love it, the richness is divine" Enchiladas also get simplified when made in the slow cooker Yes, you'll have to mix together the components of your filling and fill and roll the tortillas, but all of the other ingredients are simply added to the slow cooker

Then add the rest of your ingredients, and let it cook for a couple of hours until it's all done Fluff it with a fork, garnish with some green onions, and serve